Characteristics of animals that slither

Crawling involves moving forward by specific movements, with the body touching the ground, which leads to a loss of energy through friction. The highest performance when traveling through slithering is made by animals without feet: snakes, earthworms, snails, caterpillars, etc.

Regardless of the anatomical form of each type of reptile, amphibian, mollusk, or invertebrate, each can use various actions to move around the earth, an excellent summary of the attributes they share with each other can be listed.

The circulatory system and the mind are more evolved than in terrestrial and aquatic creatures. They’re ectothermic creatures, meaning they can’t control their temperature. Generally, they have elongated tails and are slithering animals.

You might also like my articles on whether snails bite, whether anacondas eat people and the number of teeth on snakes.

Some of the most common slithering animals are snakes, worms, leeches, snails, or lizards. Crawling is a locomotory characteristic of most reptiles and amphibians.

Insects also tend to crawl when they do not fly; terrestrial mollusks such as snails and slugs crawl on a specialized foot.

Most animals that crawl do so because of their lack of legs; they must use their bodies to generate a propulsive force. 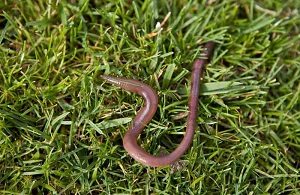 There have been found over 3400 species of these animals that crawl, in different parts of the world, and when I talk about them, I basically mean the whole suborder that includes each of these reptiles. They belong to the order Squamata (scaly), which also includes iguanas, lizards, and other reptiles, in addition to snakes.

The characteristics of these reptiles also place them in the category of vertebrates (vertebrate animals), which are all creatures who have a backbone, for example, boa, python, mamba, cobra, snake, and other common names that are called species of some of their most common families.

They are animals that have a limb-free body that contains more than 100 vertebrae and some have more than 400, which gives them a lot of flexibility. Also, their body and movement are very well adapted, so snakes can swim, sink, climb trees, dig, jump, stand, and some can slip. In general, the snake moves in a wave-like way, moving its entire body from head to tail tip, although some only touch the front of the body to push the other and so on.

Others move with their heads up, horned rattlesnakes for example, and other species can move in a straight line due to the scales on the belly. In addition, it is observed that they can open their jaw wide because the bones of the jaw are attached to the rest of the body with little force. In addition, it has very strong refractive muscles that facilitate its mouth to open wide to ingest large prey.

Snakes have four ways to move. Because they have no legs, they use their muscles and scales to move around.

As the snail moves forward, the mucus comes out of a gland at the forefoot end, and so it moves over this gooey substance. The mucus is reduced to a certain amount of friction the soil causes the snails, reducing the contact to the point where a snail can crawl along the edge of a knife and suffer no cuts. Studies looking at whether mucus is a motion requirement are inconclusive, but mucus clearly helps movement to go faster and easier. This body fluid also reduces the risk of being affected by external agents and animosities and also repels the most dangerous insects, such as ants.

Worms move on a surface using hairs as anchors. In this way, they can be pushed forward or backward, using their muscles by contracting and stretching them.

Worms move using retrograde waves, alternating between swelling and contractions all over their bodies.

Because caterpillars have no bones in their bodies, they use their abdomen to move. The first step is taken by their belly, with the rest of their body following a wavy movement. The caterpillars can move on surfaces such as soil and plants.

These larvae move through the frontal movement of the internal organs using muscle contraction.

The setae (hairs) on the segments along the body and the mucus secreted also help leeches move. Leeches are of three types – freshwater, terrestrial and marine. Leeches move with the help of the anterior and posterior suction cups and longitudinal muscles throughout the length of the body.

Leeches have suckers on the upper and posterior sides of the body. This allows them to crawl using a movement with two anchors: they anchor their lower body and then propel themselves forward with the upper body.

One of the most curious creatures that slither to move is the legless reptile. It has a cephalic location that cannot be discerned from the rest of the body and ends at a point.

It needs appendages to develop and has extremely bright scales along the body, which is exposed with a gray tint with darker side stripes and an amber stomach.

This is a rarity that is found sporadically in certain sectors of the planet. The researcher Papenfuss collected 2.719 examples in an extensive investigation of the species he led in 1982.

They are a species of non-limb lizards, native to Africa. The only members they have are some small points.

They move in a similar way as snakes do, propelling themselves forward by pushing against environmental contact points such as rocks, plants, or soil irregularities.